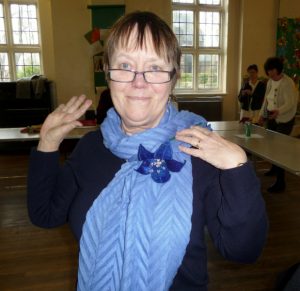 Marie Stacey was a valued member of Merseyside Embroiderers’ Guild. She sadly passed away in July 2018. Ann Rogers, one of Marie’s friends and a long-standing member of our branch has written the following tribute-

It was with great sadness that members of Merseyside Embroiderers’ Guild learned of the death of Marie Stacey in July 2018. Marie had previously worked as a schools inspector of English for Wirral Borough Council. Following that, she ran government programmes which included “Excellence in Education”. She retired from her final position as Director of Learning and Achievement in both primary and secondary education in Wirral. 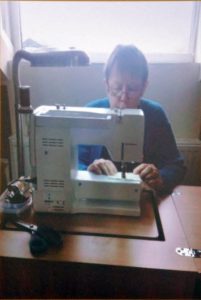 Marie at the sewing machine

On retirement, she discovered she was suffering from macular degeneration which obviously affected her eyesight. Soon after this, she discovered that she had cancer. Undaunted by these circumstances, she decided to become a stitcher thus taking up that which she had not done since her sixth form days. Despite her obvious disadvantages, she practised and persevered until she became an expert. She was a good artist and her design work was excellent. Marie had a sharp sense of humour which is reflected in her thought-provoking cartoons produced by free machining. She also produced beautiful wall hangings. After she gained her confidence, she joined Merseyside Embroiderers’ Guild where her professionalism and excellent organizational skills and charisma were soon appreciated. Perhaps her greatest gift that she brought to the guild was her natural ability to encourage and bring the best out of others. She was always so generous with her praise of others work and so sympathetic to their needs. She joined the committee and became Programme Secretary. In the final months of her life, her bravery was indeed inspirational. We shall miss her. 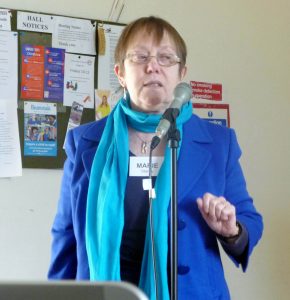 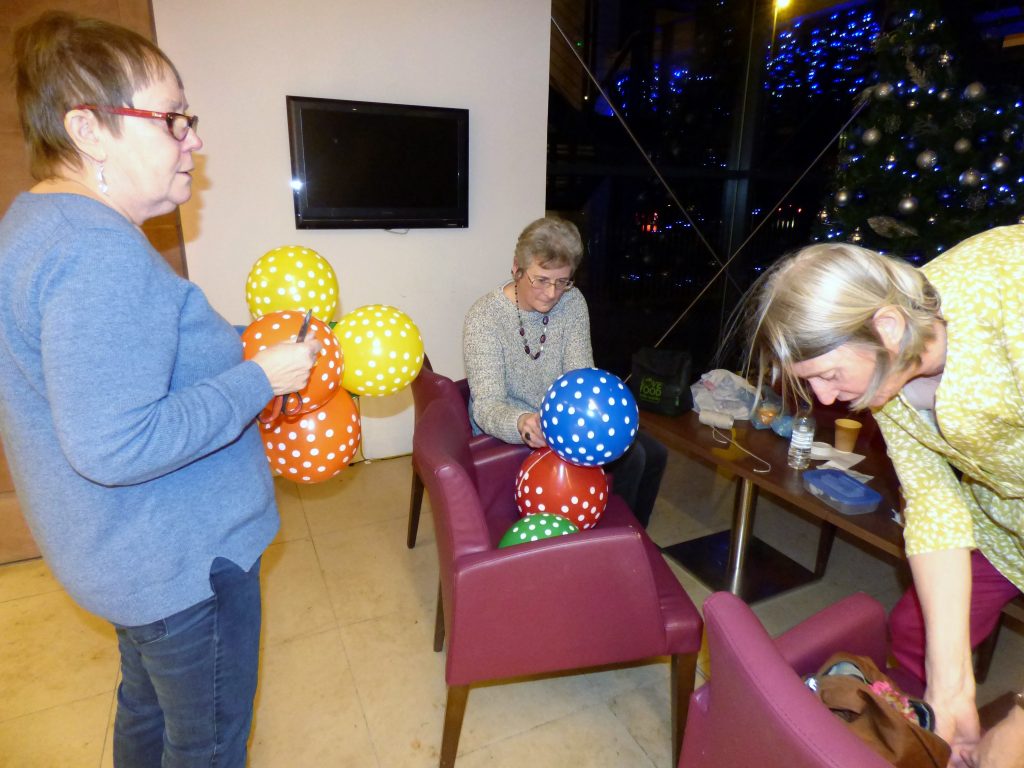