The CZARINA ELIZABETH dress was inspired by the story of the Amber Room at the Catherine Palace near St. Petersburg. Based on a dress from 1760, the period when the room was installed in the palace, the gown is based on a recycled wedding dress, which was altered to more resemble the style of the period. A new overskirt was constructed from layers of organza and metallic fibres, which was then free-machined with a floral design. A corset was then made, from a pattern from the period, which was heavily embroidered using goldwork and silk embroidery. The corset took around 120 hours to embroider and construct. 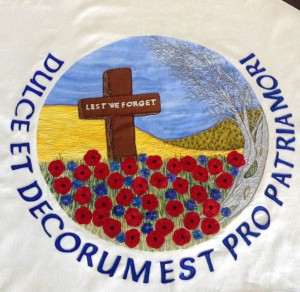 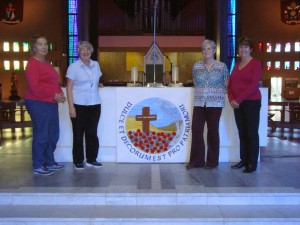